Following the events of Peacemaking Under Fire John and wife Jeanne graduated from William James College in March, 1976, and moved to Springfield, IL. There they both worked for the ratification of the Equal Rights Amendment to the U.S. Constitution and on legislative concerns of low-income people.

In 1982, John first heard of “food banks”: nonprofit organizations that divert the food industry’s useable discards from landfills to needy people. It was love at first sight. Over the next 28 years he directed three large regional food banks, overseeing the distribution of 321 million pounds of food aid, and pioneering the use of more efficient and humane program models, including mobile food pantries and client choice.

In 2006, John was diagnosed with a malady common among U.S. troops exposed to Agent Orange in Vietnam: advanced, aggressive prostate cancer. Peacemaking Under Fire was completed as John was doing battle with Stage 4 of the disease. On March 25, 2012, John died peacefully at home in Grand Rapids, Michigan. 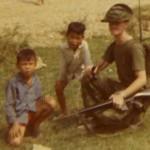 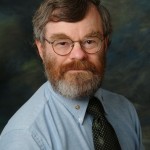 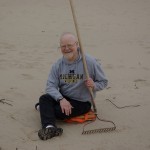 Peacemaking Under Fire is the story of John Arnold, a peace activist who joined the U.S. Marines during the Vietnam War in hopes of bringing about change from within the armed forces.

WHERE DO I GET IT?

Peacemaking Under Fire is available on Amazon.com. You can also download the free PDF edition.